Kane Montgomery woke up in the hospital after five days, and has no idea why he stole and crashed his father’s car. With his memory gone he doesn’t know answers to any of the questions that are running through his brain, but soon discovers he’s the founding member of a group called Others. They have differing powers that enable them to defuse dreams, also known as reveries. Kane is the only one who can unravel them to keep dreamers safe, but he has no idea how to use his powers. While Kane blunders around trying to figure out his past, a drag queen Sorceress is determined to have him be part of her future. It’s only through learning to trust that Kane can create his own future.

I really disliked this book. Kane was such a wimp. By the time I’d gotten to chapter eight he’d already cried twice and, by the end of the book, had cried and thought about running away many more times. His defeatist attitude was annoying. In contrast to him was Dean Flores, my favorite character. He knew he loved Kane and was willing to fight for his man in ways that imperiled his own life, while all Kane could do was cry. Dean is the only reason this book got more than one star.

Though I didn’t like it I will leave it up to you teen readers, ages 14 and older, to decide if you want to read it or not. I wish I had not. 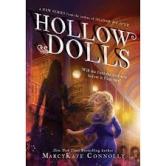 Every twenty-five years the Cerelia Comet creates talented people, with gifts like mind reading, creating illusions, taking over bodies, and others. Many years ago the evil Lady Aisling captured almost all gifted people, both children and adults, keeping them captive to do her bidding. Unable to think for themselves, they mindlessly followed her commands until a shadow weaver suddenly freed them.

Simone had been captured but, now freed, thinks only of finding her lost family. She and her best friend Sebastian set out for a librarian archive, where she was told she could find information about the town she’d lived in when she’d been captured. Along the way they met Maeve, a fellow wanderer seeking her own lost family. Maeve takes them under her wing and, together, they reach the librarian’s fortress. However it doesn’t take long before they find out someone has plans for the talented people which are even worse than those of Lady Aisling.

I wasn’t a big fan of this book because it started out strangely by talking about a magical spell ending because of “the shadow weaver Emmeline and her friends” (p. 1). What is a shadow weaver and who is Emmeline? Upon doing some googling I found out the author has another series called Shadow Weaver, and this book is supposed to be part of that series. Without an explanation about “Emmeline and her friends” readers would have to read the former series to figure out this series. That’s not going to happen.

I was also annoyed because I didn’t know this book was part of a series. I wouldn’t have read it if I’d known, as I dislike reading series books unless I have the entire series in front of me. The very open ending was a clue it would be continued. I also found Simone to be an unconvincing heroine, didn’t find her quest to be compelling, and found it to be too full of “hand wringing/woe is me” emotions.

Though I wasn’t a fan, I will leave it up to you to decide if you want to read it or not.

I received a copy of this book from the publisher in return for an honest review.

Mollie’s brother Thomas is a beautiful baby. Everyone who visits call him ugly because it’s well known Kinde Folke steal beautiful children to leave a changeling, one of their own, behind. Mollie is jealous of the beautiful silver locket given to him for protection, and wants it for her own. One day she decides to wear it for a little while, calling Thomas a sweet and pretty baby. Unfortunately the Kinde Folke overheard, and soon Thomas is gone and a savage changeling has taken his place.

Mollie hates the changeling she named Guest because he’s ugly, wears her mother out, and drove her father away from home. Obsessed with rescuing her brother from the Kinde Folke, she embarks on a dangerous journey to their land hoping to trade Guest for Thomas. On her voyage she meets Madog, a mysterious Traveler, who agrees to help her. Though he often warns her about the ways of the Kinde Folke, Mollie believes she knows more than he does, and her foolishness causes them much trouble. When she finally faces the Queen of the Kinde Folke and learns of her evil plans, Mollie will have to put her faith in others if she expects to save her brother.

Before I was halfway through the book, I was very annoyed with Mollie. Despite repeated warnings about the Kinde Folke’s ways she refused to listen, was haughty, thoughtless, and an annoying pest. Fans of Mary Downing Hahn’s often spooky books will find this one is not as scary as her others. In fact, I didn’t find it scary at all.

I wasn’t much of a fan, but will leave it up to you to Decide if You want to Read it or Not.

When Call got into a chaos fight with Alex Strike back in book #4, Aaron helped keep him from dying. He returned the piece of Call’s soul that he’d been lent, so now Aaron is inside Call’s head. They both know Aaron needs a new body, but aren’t sure where to get him one.

Meanwhile Alex has risen from the void to become a Devoured of Chaos. Now Alex is stronger than ever, and is challenging the Mage world to a fight. As the only Maker left, Call is the only one who can stop him. He, Aaron, Jasper and Tamara unite once more to figure out how to rid the Mage world of Alex, and how to get Aaron a body so he can live once again.

Action, adventure, humor and suspense fill this last book of the series, along with a big error. On page 229 of book #4 Havoc had the chaos knocked out of him by the alkahest. It said his eyes are “…a deep, steady gold.” On page 2 of book #5 it says “It was still weird to see Havoc with regular green wolf eyes…” Why did Havoc’s eyes go from gold to green? An editor should have caught that mistake.

This was supposed to be the last book of the Magisterium series, but I have a feeling we’ll be seeing these characters again. The authors dropped some pretty solid hints about this on page 239 when they wrote, “Aaron smiled and there was something in his gaze, something odd in those eyes that hadn’t always belonged to him.” There’s something “odd” in his eyes? Hmmmm… Another hint is when Call looks at Aaron and promises they’ll never steal a body. “He smiled at Aaron, pushing down his flicker of doubt. He was a good person now. They were both good people now. They just had to stay that way.” Why is he having doubts? HINTS!

We last saw Callum in a magical prison, where Mages had placed him after traitorous Alex killed Aaron. While imprisoned Anastasia Tarquin promised to find a way to release him, believing Call is her dead son Constantine.

Call has spent 6 months in prison, enduring daily interrogations and wondering what was happening with his father, Havoc and Tamara. He’s sure everyone hates him, and doesn’t know what the Assembly plans to do to him. On the day Jasper surprises him by coming to visit, the prison catches fire. Outside everything is chaos. They’re rescued by Anastasia, bundled into a van, and taken to a secret location. Upon arrival Call discovers that Tamara was the driver and had orchestrated the prison escape with Anastasia.

Now imprisoned in Master Joseph’s fortress, he insists Call must raise Aaron from the dead for them to be freed, and teach Alex how to do it. To do so would mean they could be free and he’d have his best friend back, but it would also mean he’d be practicing an evil form of magic and playing into Master Joseph’s plans to go to war against the Magisterium. Everything is at stake.

Though the theme of war on the Mages is serious business, “The silver mask” still manages to throw humor into the mix. Jasper is his usual annoying self, but his and Call’s reactions to each other causes me to laugh out loud.

I felt that earlier books in the series were fine for 10 year olds, as there was lots of adventure and humor; however, this book seems geared towards older readers. Call and his friends are older, about 15 years old, and Call is thinking and acting on his romantic tendencies towards Tamara. Thus I find this book to be more for middle and high school readers.

Highly recommended for ages 11 to 16.

Callum is back at school in the Magisterium for his Bronze year after his encounter with Master Joseph in “The copper gauntlet.” All his classmates and the Masters think he and his friends are heroes for killing Constantine, not realizing Constantine has been dead for years but his soul lives in Call.

The Masters believe there is a spy in the Magisterium and, soon, a series of accidents proves someone is trying to kill him. Despite warnings from Master Rufus not to attempt any actions on their own, Call, Aaron, Tamara and Jasper start plotting ways to catch the spy. Unfortunately events take a terrible turn, and Call finds himself in the middle of his worst nightmare.

I could not put this book down, and know my students will be just as enthralled. If it weren’t already 12:25 in the morning I’d be starting book #4 “The silver mask” right now! I’ll have to wait until the real morning to start reading. Don’t wait! Go grab this series ASAP, and start reading. You won’t be sorry.

When we left twelve-year-old Callum Hunt in book #1 “The iron trial,” he’d found out that he was possessed by the soul of the Enemy of all Mages, Constantine Madden. Somehow, during the Cold Massacre when Call’s mother had been killed, Constantine had invaded the body of the real baby Callum, killing his soul so Constantine’s could live.

Call suspects his father knows the truth about him so, when he finds a prison in his basement and written plans to have his soul removed through a strange device, he believes his father wants to kill him. Later, while at the Magisterium, he discovers the device he’d seen in the plan is called an Alkahest and his father is accused of stealing it. The Masters plan to kill his father because of this traitorous act, but Call is determined to save him.

He sneaks away from the Magisterium with his friends and Jasper, an annoying classmate who was going to tattle on them, to find his father. Pursued by the Masters, the four of them manage to survive attacks by magical creatures and Master Joseph, the Enemy’s Second-in-Command. With time running out Call will have to make a difficult decision that could cost him his life.

This series is very interesting, and has so many twists and turns it will be sure to keep even the most reluctant reader interested. I can’t wait to start book #3 “The bronze key.”